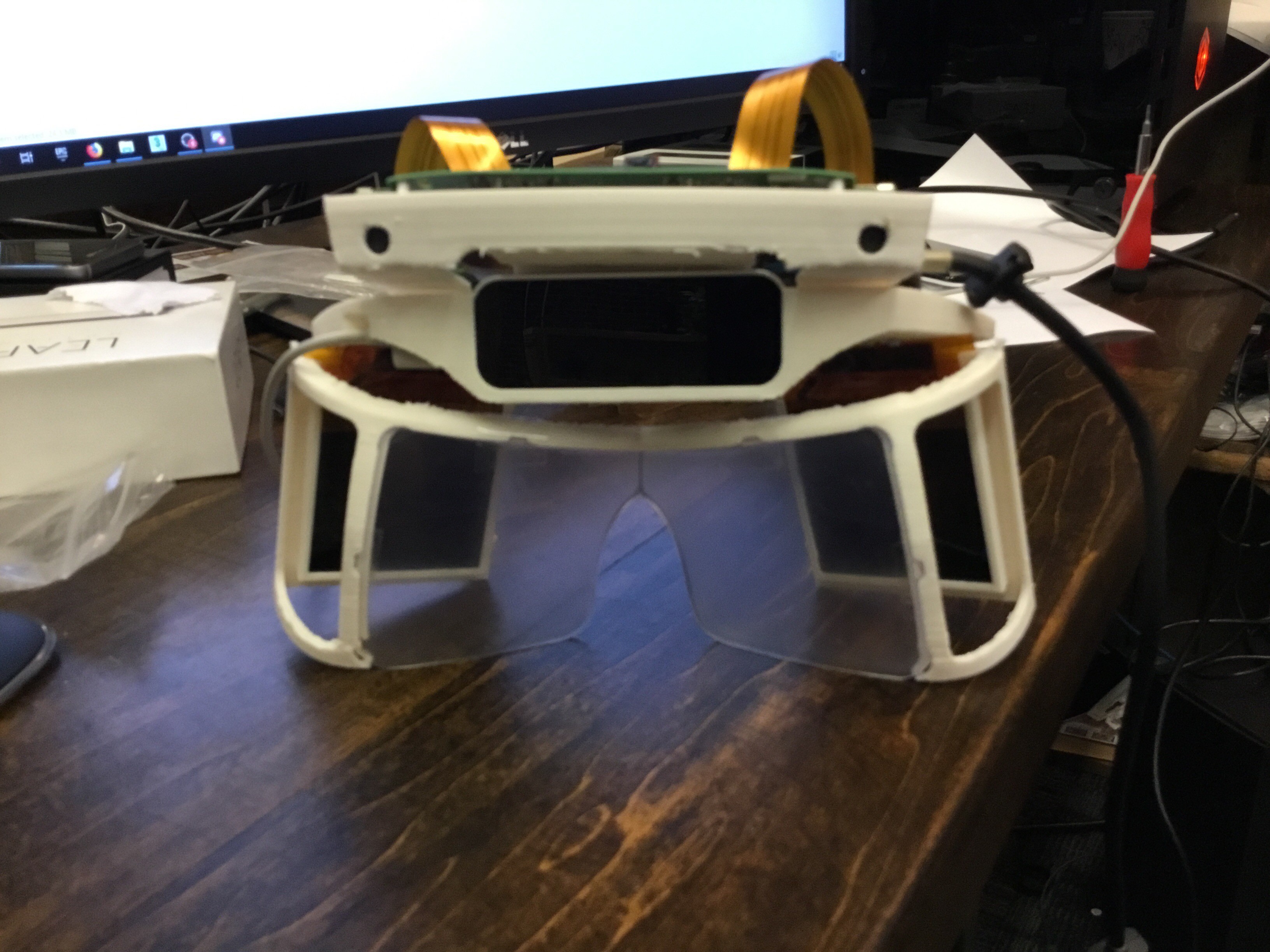 So where do we start?

In the early days of Northstar access to hardware was really hard to come by, we were unable to order displays from BOE as a small community, & getting a drive board for them was out of the question for most of us who were unable to source the proper parts for the display driver board. To work around this some of the first Northstar headsets used off the shelf parts like raspberry pi displays & 3D printed lenses. I decided to go the route of turning a VR headset into a Northstar headset. This proved to be challenging for a number of reasons, and ended up taking a few iterations to get properly right.

At the time there were a number of windows mixed reality headset available on ebay with scratched lenses or other defects that made them unsuitable for proper VR use. They were going for around $100 so I went ahead and bought my first specimen, the HP variation.

Disassembling the headset was pretty straight forward until it got to the display/optics assembly. The screens were glued to the optics assembly, which required a very tricky removal process. This was risky enough to not recommend to other folks, as there was a high risk of damaging the displays. The HP headset also wasn't a perfect match for the reference northstar design, it used 2.9" panels instead of the 3.5" specced by the headset, This reduced the FOV slightly.

Another issue with the display panels used in the HP headset was that the FPC connnections weren't long enough to be re-arranged into the orientation needed for northstar. This seemed to be an insurmountable challenge, but luckily I ran into a video from Confu displays, showing an interesting cable connecting the display to a driver board. I was able to order a set of 20 of these from confu displays. It took a few weeks to get the cables, but I finally had a complete northstar! At the time this was the highest resolution northstar outside of leap motion themselves!

After facing defeat with the HP based northstar headset I was admittedly a bit disheartened. It wasn't until seeing another post about the Samsung odyessy headset, and a nice $150 listing on ebay that I got the idea to use that headset instead. There were a few options that made this a better fit, most notably the fact that the headset has IPD (inter pupilary distance) adjustment means that there's enough extra cabling for the displays to be re-arranged into a format that would work for northstar.

Taking this headset apart was much easier than the HP headset, with the hardest part here being removing the head strap. Within a day or so I was able to get the whole headset taken apart and make sure that the displays still work.

So we've now got a working headset! Wow! Let's get started doing software then! Not quite, the next step I had to figure out was how to get windows to treat the headset as a normal display, as far as windows could tell it was still a Samsung odyessy headset. This proved to be incredibly difficult to override. The only way to properly do this, that I could find, was to disable every security setting in windows, disable wifi and a whole bunch of other settings.

Knowing when to set a project down

At this point in the timeline, Noah Zerkin had been able to source the display driver boards, displays and had an early batch of optics made and was nice enough to send me a kit to get started with. Not having to fight windows, or disassemble headsets was definitely a nice refresher from the previous battles, but I wouldn't trade that time at all. Learning how to 3D print, design, and learn about electronics were things I couldn't have learned as well without spending hands on time solving problems with them.